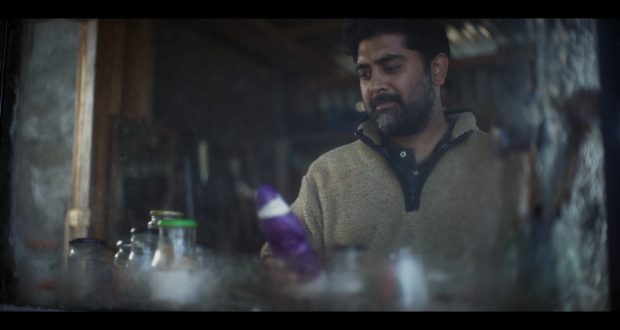 Ameer Choudrie is a British Actor who trained at Guildford School of Acting (GSA Conservatoire).  He has been working professionally for over 12 years with credits across all mediums from theatre to film and screen.

Whilst training, he performed in a range of Theatre Workshops from Classical Shakespearean works to Modern 20th Century Texts.  Upon leaving GSA, Ameer began his path of being a Professional Actor featuring in a number of commercials from becoming the face of Tilda Basmatti Rice in 2007 to featuring in larger brand adverts such as Lycamobile, Vodafone and Walkers Crisps.  He also appeared in the Music Video for the Kaiser Chiefs song “Meanwhile Up In Heaven”.

TV and Film is the current niche for Ameer having appeared in the 2013 Feature Film “Diana” working alongside Director Oliver Hirschbiegel, and Hollywood Actors Naomi Watts and Naveen Andrews.  Ameer also appeared as one of the support lead characters ‘Suresh’ in Feature Film “London Life” released in Asian cinemas.  In 2015, he completed filming the BBC Films screen adaptation of the National Theatre Musical “London Road” directed by Rufus Norris, featuring Olivia Coleman, Tom Hardy as well as big names from the world of Musical Theatre.  It released in UK cinemas in 2015, and USA in 2016.   The end of the 2016, saw Ameer working alongside comedian Romesh Ranganathan, promoting his Irrational Live Tour DVD in a mini web series shown through all social media mediums.  It picked up an award for the British Association for Screen Entertainment’s ‘Specialist Interest Campaign of The Year’

2018 saw Ameer working with Rifco Theatre Company on a rehearsed reading and workshop piece from one of the Rifco Associates, ending with a showcase to Industry Professionals as part of the British Asian Festival at Watford Palace Theatre. He also flew to Prague to film a commercial for savage promoting Ooredoo, the leading telecoms provider in Qatar, leading up to the World Cup.  At the end of the year, Ameer filmed the Cadbury’s Christmas Commercial by Knucklehead  and is the featured Allotment Man for their Secret Santa campaign.  The commercial was seen across all mediums from social media, tv and the cinema.

In 2019, Ameer has filmed and featured in two commercial campaigns; one for easyJet / VisitBritain, the other for Shell.  He has also played the role of a Doctor for a short film called “Nurse” produced by the Bournemouth Film School.  Towards the end of the year, Ameer flew out to Sardinia to film a corporate drama film for pukka films.