Ameer Choudrie is a British Actor with over 12 years of professional experience and credits, having trained at Guildford School of Acting (GSA Conservatoire), England.  He has recently furthered his training by completing a Masters in Applied Theatre at The Royal Central School of Speech and Drama in 2019.

Ameer Choudrie is a British Actor who trained at Guildford School of Acting (GSA Conservatoire).  He has been working professionally for over 12 years with credits across all mediums from theatre to film and screen. END_OF_DOCUMENT_TOKEN_TO_BE_REPLACED

END_OF_DOCUMENT_TOKEN_TO_BE_REPLACED 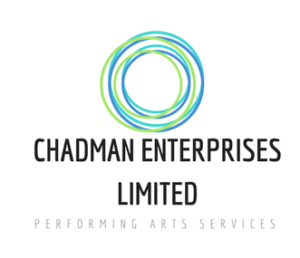 Workshops and One to One Sessions

Ameer ran his first drama club when he graduated back in 2007.  Due to popularity and high demand from schools for his clubs, he established Chadman Enterprises Limited in 2009.  He has been running a variety of acting workshops in both Primary and Secondary / Further Education ever since.  Ameer is also a Qualified Teacher with QTS and has worked in various schools and colleges across Berkshire and Hampshire.  He has given workshops at The Henley College, Richard Taunton Sixth Form College, and Itchen Sixth Form College, as well as at The Curve, Slough.  Ameer has recently furthered his training by completing a Masters in Applied Theatre at The Royal Central School of Speech and Drama in 2019.

Alongside acting, Ameer works as a Freelance Associate Artist for the National Youth Theatre, is a Freelance Facilitator for the The Old Vic and has been invited to become a Visiting Lecturer and Audition Panellist at The Royal Central School of Speech and Drama.  He is also the Widening Participation and Outreach Officer at the Royal Academy of Dramatic Art (RADA).

Ameer can offer workshops in the following: